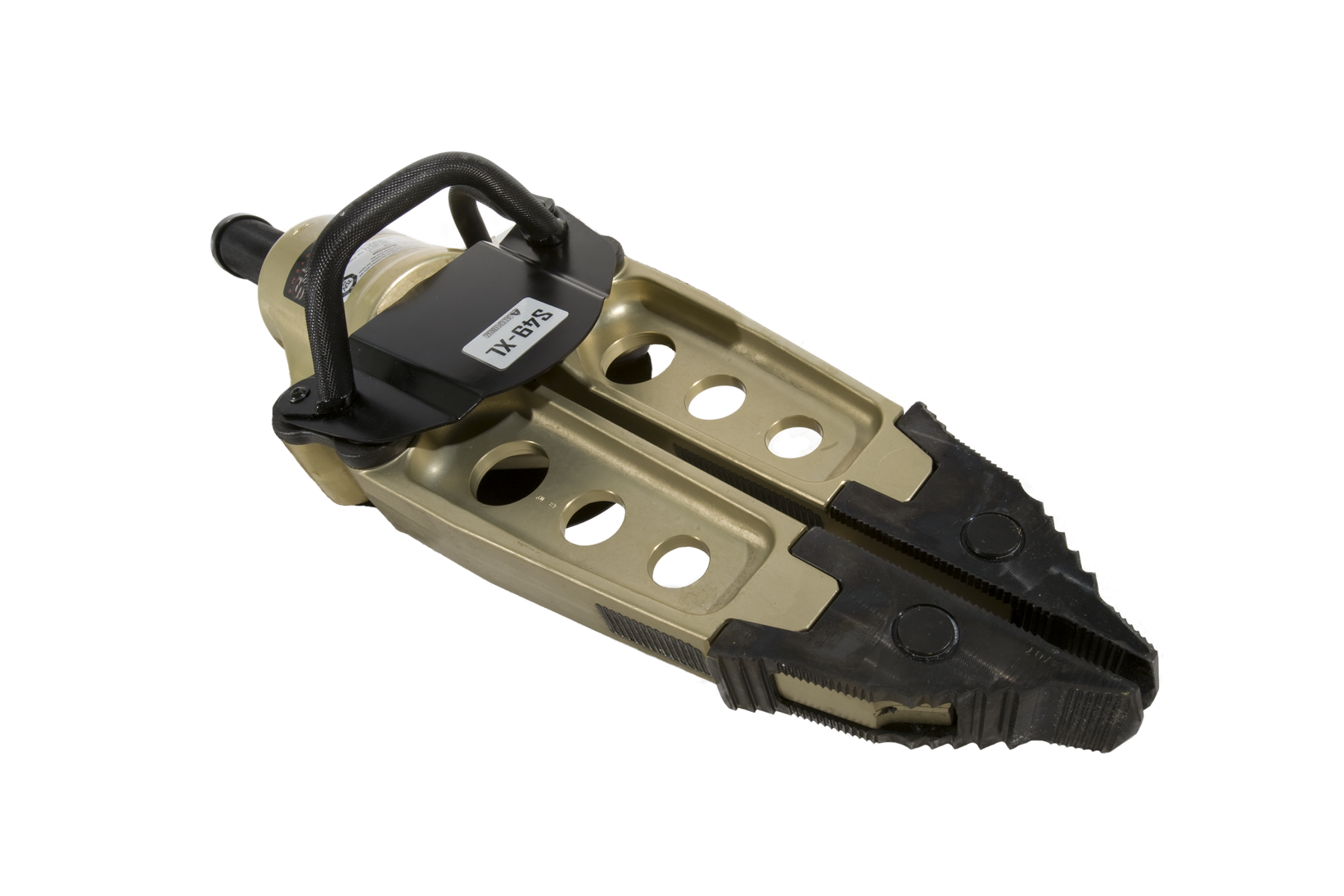 Constructed of high strength, aircraft grade, aluminum alloy forgings with a wear resistant anodized finish. The S49-XL is evenly balanced at the cross bar and has a collapsible “D” handle. The shape of the tips incorporate three different angles to effectively grip throughout the arc of the spreading cycle. The tips are wider to reduce tear- ing during spreading. The S49-XL has a variable speed, “deadman” control with load holding capability and over-pressurization relief.

LSF or lowest spreading force will prove to be the most important number when evaluating and comparing spreaders. All spreaders increase in power as the arms open. LSF is produced at the beginning of the spread and remains steady until the arms are near the full open position where the force rises substantially to the HSF. Since most spreading operations requiring high spreading force are performed within the first ten inches of opening, the LSF will be the most important number to consider.

This is where most extrications begin. Gaining access by using the spreader to pry the vehicle doors open requires the tips of the spreader to start at their weakest position or LSF (Lowest Spreading Force). As the spreader opens it gains leverage and the spreading force increases exponentially. The problem is that as the vehicle door begins to separate it actually requires less force to continue to open. Therefore, the most important force when choosing spreaders is actually the NFPA 1936 “LSF” number.

What does that mean? Well it means our spreaders have more power at the beginning of the spread, where you need it most. If you look at the chart below you can see that the Genesis Spreader starts at a much higher spreading force than our competition. This is integral when choosing a spreader because it gives rescue personnel more power when starting the extrication.